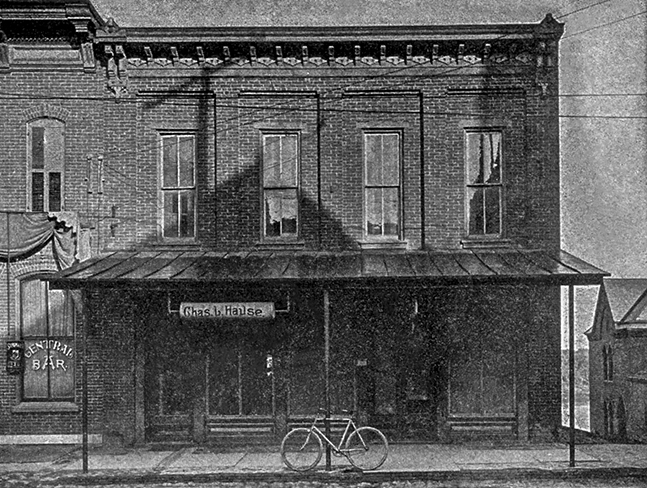 William Imbody had a funeral service in this building, and also lived there with his wife Martha and daughter Edna. Charles L. Hause had a plumbing and heating business in the left side of the building. The building appears as a furniture store on the map of 1884, with a cabinet shop behind it. It stayed that way until the map of 1906, which shows an undertaker and a plumber occupying the space. The Central Hotel can be seen to the left, and the Milton Water Co. to the right.

From the Milton Historical Society Walking Tour Brochure: This building is a very early structure in Milton. The alley or landing site to the right of the building allowed access to the river for goods transported and traded in the town and surrounding area. The building not only served as a warehouse, but also as a cabinetmaker’s shop and a mortuary. There was an elevator installed to move the furniture and coffins between the first and second floors.